I love tomatoes…especially when you get the heirloom varieties that are odd shaped and absolutely massive.

Last weekend, I picked up a box of Romas and a box of assorted heirloom tomatoes (organic, of course) from Mariquita Farms.  I used the Romas to make enough sauce to get me through the summer until Tomato Day 2012 (I was out of sauce from last year’s Tomato Day – FYI, buy an extra 50 lbs this year).

I’ve been enjoying the heirlooms in a number of ways – Caprese salad, as a snack with some cottage cheese, and on a gluten-free English muffin with cheese.  I roasted a batch of them last weekend to use as a topping on pizza, which worked out fantastically. 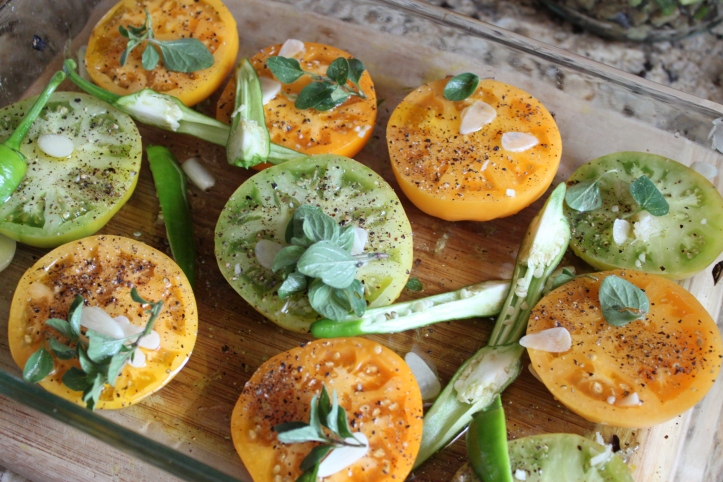 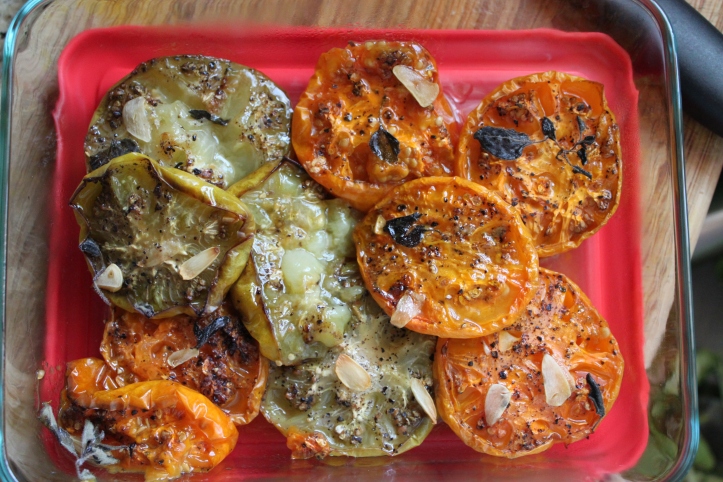